Under conditions of stationary operation, biological systems work according to the thermodynamic principle of minimal transfer of entropy to the environment. Macromolecular and intracellular structures are highly antientropic and contain a high degree of information. It allows, on the one hand, for checking, regulating and sustaining the functions of an organism in front of the vital physico-chemical transformations, whose natural tendency is to a growth of entropy. On the other hand, it allows for an adaptation of the organism to the environment with a minimal production of entropy under a stationary operation. Otherwise the environment would eventually counteract in a harmful manner. In stages of growth or decay the production of entropy by a biological system is greater.

Metabolical energetics provides timeless information concerning the sustaining of biological functions. Metabolical dynamics, likewise any kinetics in material systems, depends on entropy, which has an inherent time character. Metabolism, as considered in its time feature, is an entropic force rather than an energetic force. The theory of information, closely connected with entropy, is an additional tool to evaluate the evolution of biological systems.

.- Our research emphasizes metabolical energetics. The thermochemical study of molecules with biochemical or pharmacological interest is carried out, such as derivatives of uracil, carbamates and barbiturates. The heat of combustion and the heat capacity of compounds are determined, from which the energy and entropy balances for metabolic transformations are established. Exact calculation methods of statistical mechanics are employed. These methods are appropriate for studying chemical entities with a least set of thermodynamic data and frequently in the absence of structural data.

.- Concerning matabolical dynamics, highly branched and lipophilic compounds are studied as modulators of cell membrane and of hemato-encephalic barrier: 3-cyanoamides and iminopyrrolidinones that are highly branched, of capsular configuration, and sterically constrained. It is studied the effect of the compounds on membrane carrier proteins that act as efflux pumps to metabolites and drugs. 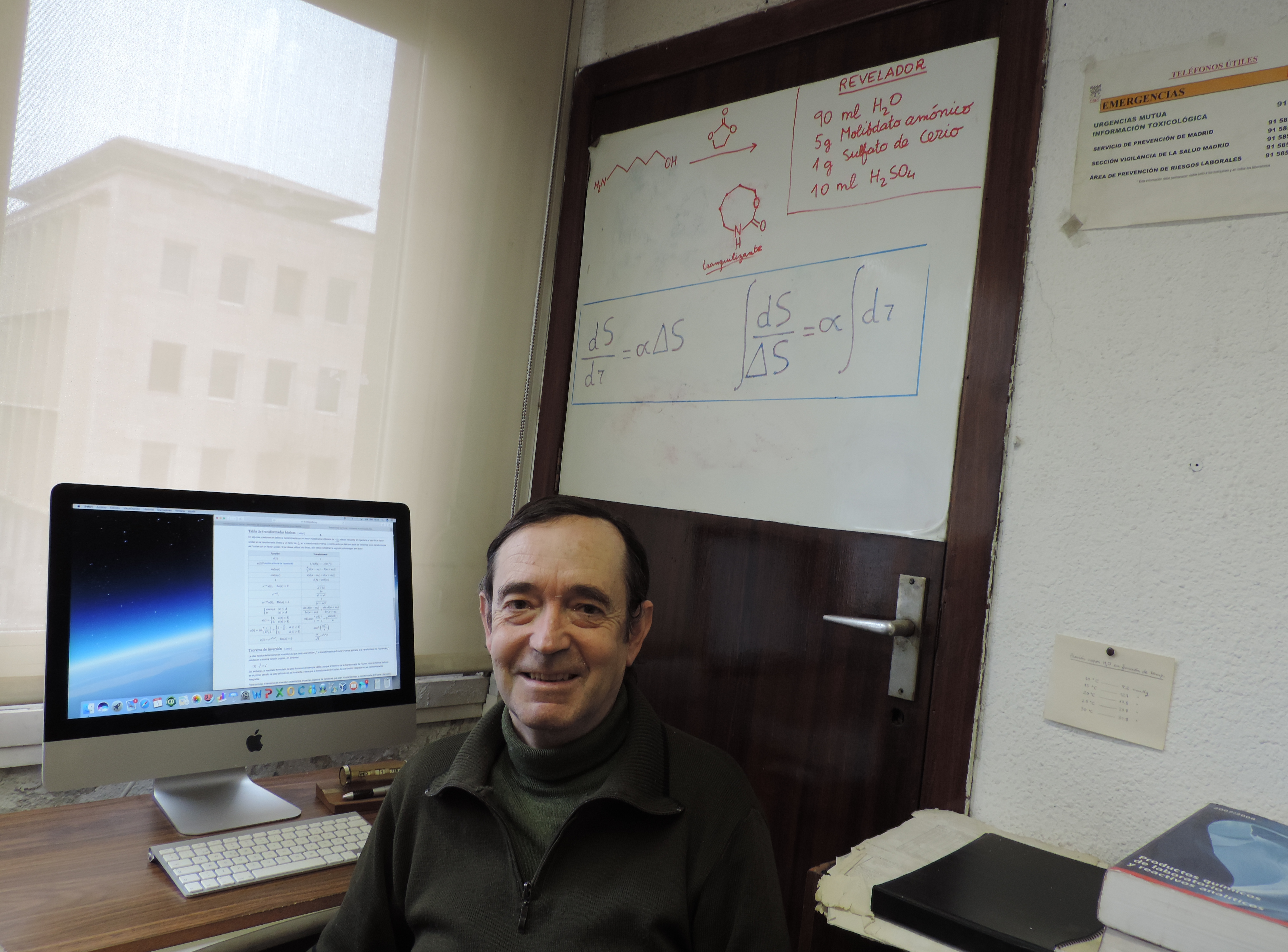